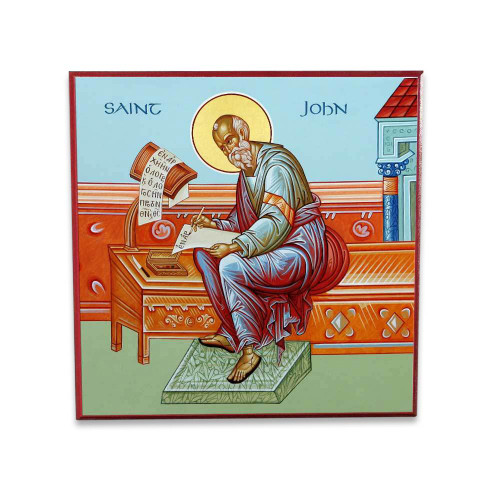 John the Evangelist did not only author a Gospel, but was a much-beloved Apostle and minister of Jesus. He and his brother James were both fishermen and both called by Jesus at the same time and place. Jesus also gave him the surname Boanerges, “Son of Thunder.”

He witnessed the Transfiguration and remained at Jesus’ side at His crucifixion, where Our Lord entrusted John with the care of His mother Mary.

After Pentecost, St. John became a Church leader in Ephesus. He wrote his Gospel while there, some 32 years after the Ascension. John is also said to to have authored the Book of Revelation not long after, when he was exiled on the Greek island of Patmos. The only Apostle who was not martyred, St. John died a natural death in the year 100.

The Gospel of St. John, the latest of the four Gospels, emphasizes that Jesus is the true Son of God and the path to salvation. Our salvation through the Resurrection is especially emphasized. For these reasons the Orthodox Church also knows St. John as “the Theologian.”

His feast is celebrated on May 8.