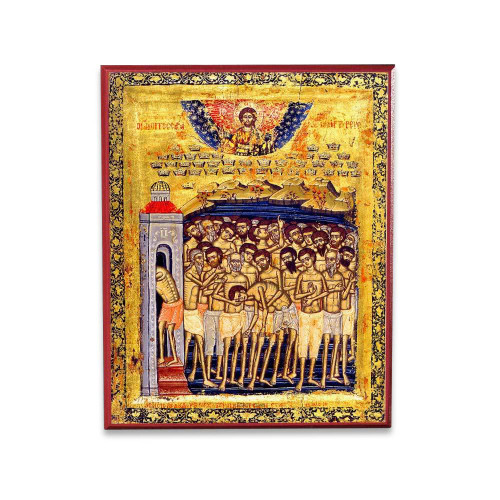 These martyrs were Roman soldiers who were rounded up in the year 320 for being Christians. They were condemned to death and were left naked on a frozen lake in winter. The guards prepared hot baths and tempted the soldiers to renounce Christ and live, and one of the confessors did so. But when one of the guards saw the supernatural strength of the confessors, he confessed Christ, threw off his clothes, and joined them on the ice.

The next morning, the bodies of the martyrs were burned and cast into the river. The local Christians gathered what remains they could, and the relics made their way all over the world, and many churches were built in their honor. The crowns of martyrdom are depicted in the sky above them.