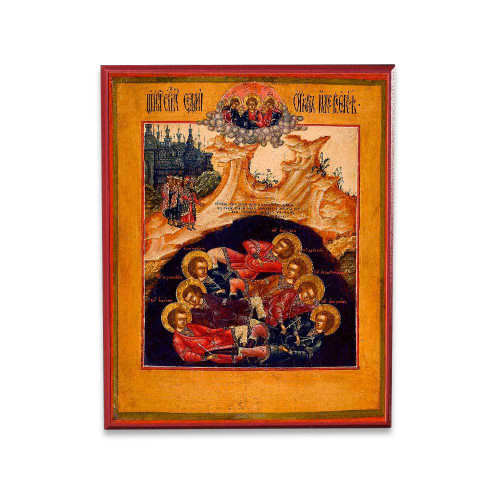 The Seven Sleepers were a group of young soldiers who confessed their faith in Christ before the Emperor Decius. They were allowed to go free, and they fled to the caves to hide. As they prayed in preparation for martyrdom, they were discovered by soldiers and sealed in the cave with rocks. The Lord allowed them to fall into a deep sleep, and they were undisturbed for two hundred years. They woke to find the persecution of Christians had long ceased, and the people rejoiced at this testament to the Resurrection. The emperor came and spoke with them, and they lay down and entered again into repose until the General Resurrection.

Their main commemoration is August 4, and they are also commemorated on September 1 and October 22.