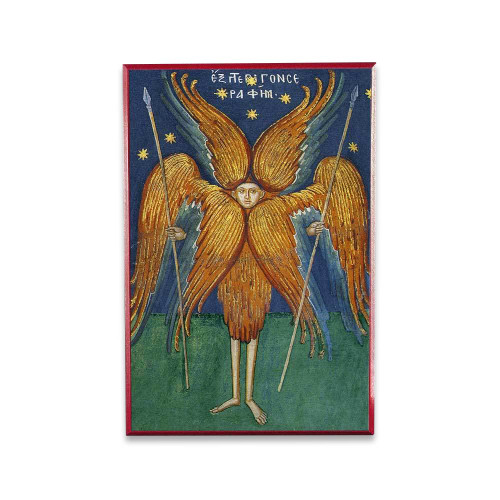 This detail from a large 16th century fresco features a Seraph. The Seraphim, which in Hebrew means "burning ones," are the highest of the nine angelic ranks. Their name indicates their closeness to God: so close that they are eternally burning with His divine fire and light as they commune directly with Him. They are depicted with six wings after the vision in Isaiah 6.

The feast day of all the angelic hosts is November 8.