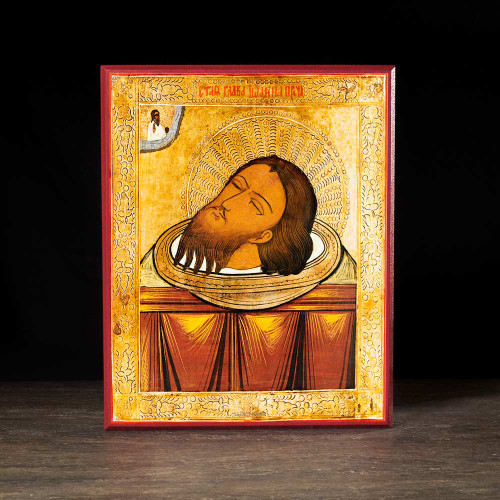 When the Forerunner was beheaded by Herod, his head was placed on a platter and given to his daughter at the request of her mother. This 19th century Russian icon depicts the Forerunner's sacred head, which is commemorated on several feast days during the year.