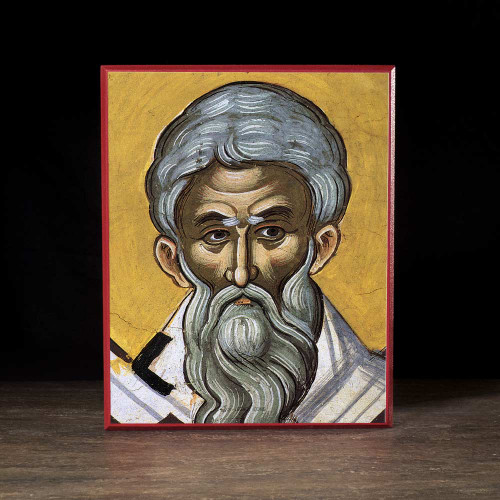 Saint Gregory was born in 329 in Cappadocia. After his studies, he suffered in a shipwreck and feared for his soul, as he was unbaptized. God spared him, and arriving in Athens, he joined his friend Basil the Great. They lived as monastic brothers in Pontus for a time. Gregory's father, also named Gregory, was then bishop of Nazianzus and ordained his son a priest. Later, Saint Basil would elevate him to bishop of Sasima. As bishop, Gregory opposed the Arians and attended the Second Ecumenical Council, which elected him as archbishop of Constantinople. Over the course of two years, he drove all of the Arian clergy out of the city. In 382 he retired to Nazianzus and he reposed in 391 at the age of 62. His feast is celebrated on January 25, and again on January 30 with John Chrysostom and Basil the Great, the "Three Holy Hierarchs."