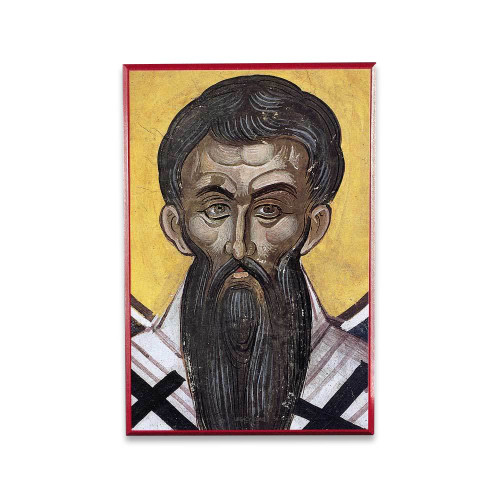 Saint Gregory was born in 1296 and raised in the imperial court of Constantinople, where he excelled in both religious and secular knowledge. He later departed to Mount Athos and labored in the Vatopedi Monastery. When his harsh asceticism brought an illness upon him, he moved to Thessalonica as he received treatment.

He was present in Constantinople for the councils against Barlaam and Acindynus, who falsely taught that God's grace is created. Saint Gregory declared boldly that God's grace, and all His energies, are in fact God Himself. This is the case, because if God's energies were created, mankind could have no communion with God. He also taught the dogma that the Uncreated Light, or Beatific Vision, is God Himself, as the Hesychasts taught.

He became Metropolitan of Thessalonica in 1347, and he reposed in peace on November 14, 1359. His sainthood was glorified in 1368, with his feast day established on November 14. So important were his contributions to the doctrine of Hesychasm, the second Sunday of Lent is also dedicated to his memory.