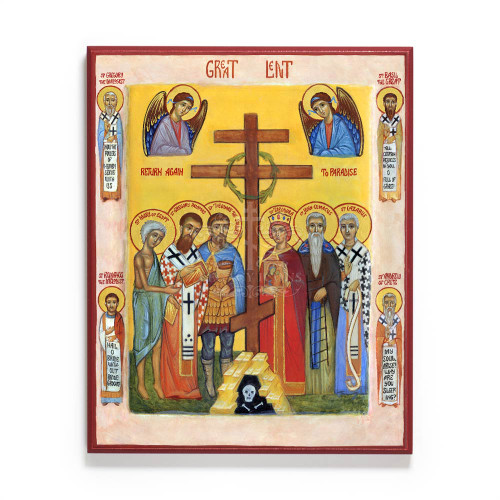 This icon, specially commissioned by Legacy Icons, features all the key commemorations of Great Lent in the Eastern Orthodox tradition.

On the outer edge we have the four key liturgists and hymnographers whose inspired works are important elements of the Lenten journey:

This icon, packed with beautiful symbolism of this holy season, is a perfect centerpiece to your home prayer corner or church throughout the Fast.