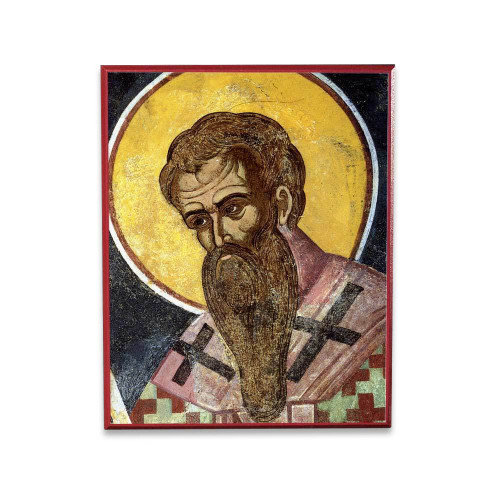 St. Basil was born in Caesarea in 329, to a holy family full of saints. He went to complete his education in Athens, where he first met his lifelong friend St. Gregory the Theologian. Later, after he had spent some time in solitude, Basil became a priest back in Caesarea. He tirelessly wrote, studied, and served in Christ’s name. But finally, from the weight of his many works, St. Basil died of exhaustion in 379 at the age of 49. His feast is celebrated on January 1, together with the Circumcision of Christ, eight days after Christmas.

St. Basil is known as the second of the three Great Hierarchs. Basil, his brother Gregory of Nyssa, and Gregory the Theologian were the great defenders of the divinity of Jesus Christ as well as our belief in the Holy Trinity.

One of St. Basil’s greatest and most important works was his standardization of the Divine Liturgy, which is used in the Orthodox Church 10 times each year, including on the Sundays during Lent.