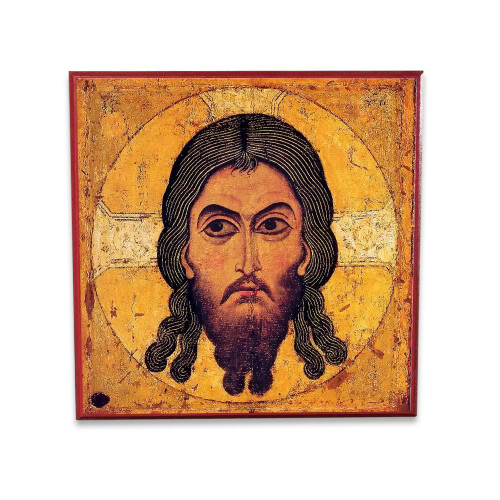 This 12th century icon, also known as the Holy Face or Mandylion, portrays the face of Christ on a piece of cloth, carried by the Archangels Michael and Gabriel. According to Christian legend, King Abgar of Edessa wrote to Jesus, asking him to come cure him of an illness. Jesus declined the invitation, but sent a disciple with a miracle-working image of Jesusthe first icon. The "Made Without Hands" image has long been considered a powerful weapon against iconoclasm.

The feast of this icon is celebrated on August 16.