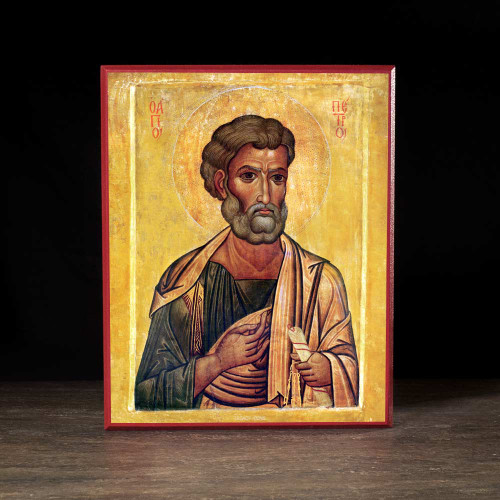 This 13th century icon from Mount Sinai depicts the Saint Peter, a chief of the Apostles and the first bishop of Antioch and of Rome.

Originally a fisherman, Peter was called by Christ and witnessed his Transfiguration. After denying Christ and being restored, Peter preached on Pentecost. He served an important leadership role in the Church and authored two of the epistles of the New Testament. St. Peter was crucified upside-down in Rome in AD 67.

He and Saint Paul are celebrated together as the Chiefs of the Apostles on June 29.