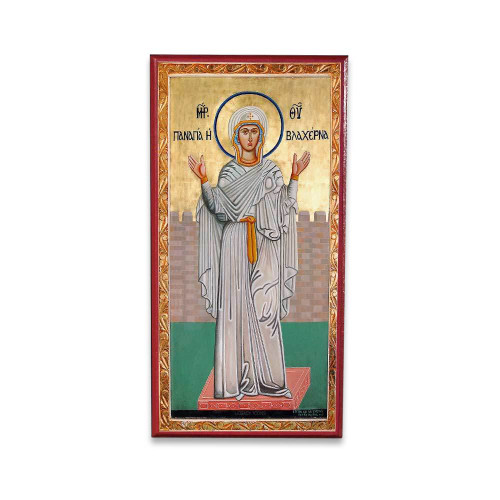 Painted in the 1960s, this icon of the unwed Virgin is said to be the only one in which she is depicted in white, representing purity and virginity. It is currently held in the Church of Saint Mary of Blachernae in Istanbul. This was one of the most important Orthodox churches in the world for a thousand years until its destruction in 1434. A small church was rebuilt on the site in 1867.

The Theotokos is shown standing in the orans (prayer) position, surrounded by the ancient walls of Constantinople, a reference to the church's location.

Special thanks to Fr. John Parker for providing this image.