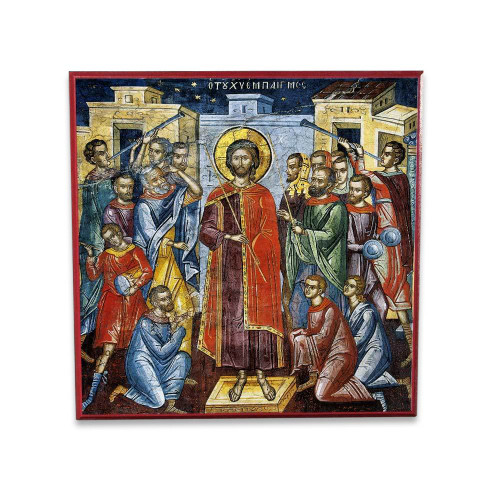 Before He was led away to crucifixion, the Jews placed a scarlet robe on Him, crowned Him with a crown of thorns, and put a reed in His hand. They then mocked and beat Him.

The holy icons intend, first of all, to reveal to us a spiritual reality, rather than simply depicting a physical reality. While the Lord was physically beaten and brought low, in the icon He stands a raised platform like a King and a Bridegroom. His face is calm and full of resolve, as He takes the coming Passion upon Himself willingly. In the midst of the cacophony of mockers, His piercing gaze reminds the viewer that all of this was done for you and your salvation.