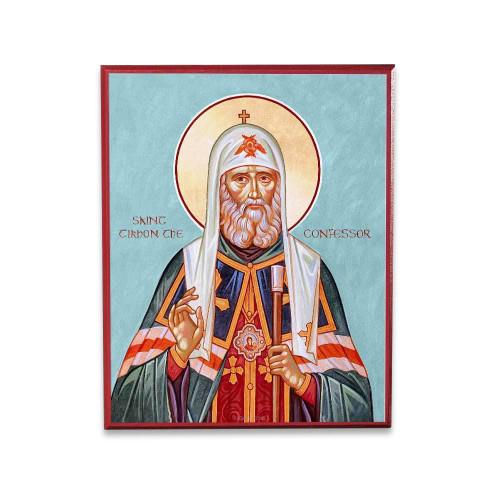 Saint Tikhon was the first Patriarch of Moscow after the patriarchate was restored in 1917. But before this, he served as Bishop of the Aleuts and North America, and became an American citizen. He worked tirelessly to establish new churches in America, and promoted the use of English in the services. He also founded the first Orthodox seminary in America. He later returned to Russia and became Patriarch of Moscow. During the Russian Revolution he spoke boldly against the persecution of the Russian Church. In 1924 he became ill and died, and is considered a martyr or confessor of the faith. He is commemorated on April 7.