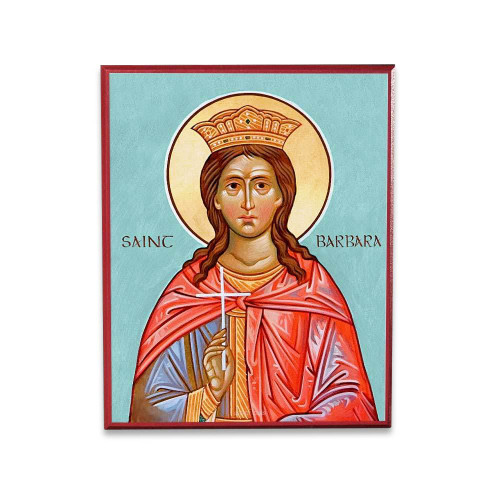 Barbara, born in the third century in Syria, was so beautiful that her pagan father placed her in an isolated tower to keep her innocent of any influence except his own until she could be married. Like St. Christina, Barbara also came to realize that the idols she saw were not real gods, and determined to live in celibacy and devotion for the Creator.

Barbara’s father was troubled by her new beliefs, and hoped to distract her by sending her into civilization. But Barbara instead befriended several young Christian women who taught her their beliefs, and was baptized herself. After undergoing great torture and being healed with visions of Christ, St. Barbara, alongside the virgin St. Juliana, who was inspired by compassion to join her, was martyred by her own father in 306.

The icon of St. Barbara shows her crowned with her virginity and martyrdom, and ornately dressed. Like other martyrs, she holds a cross. Her feast is celebrated on December 4.