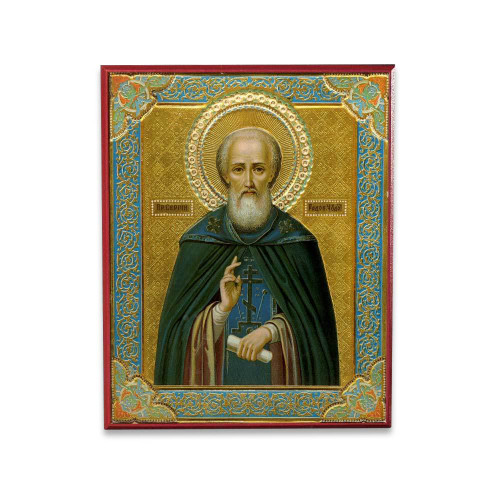 Saint Sergius (in Russian, Sergei or Sergey) was from the Moscow region. Born in 1314, his parents died young and he withdrew into the wilderness to live in prayer. Although he had no monastic training, he was spiritually strong and never fell into a state of despair, a common temptation for novice hermits.

As he was discovered by other monks, many of them took Sergius as their spiritual father, and he was eventually made an abbot against his will. Over time, he founded a number of monasteries in northern Russia, filling the forest with monastics.

Saint Sergius was a humble and loving father, and was given by Christ extraordinary discretion and the power to work miracles. At various times, he was visited by angels, the Theotokos, and the Apostles Peter and John.

He reposed in peace on September 25, 1392. On July 5, 1422, his relics were uncovered and found to be incorrupt. His feasts are celebrated on both of these days.