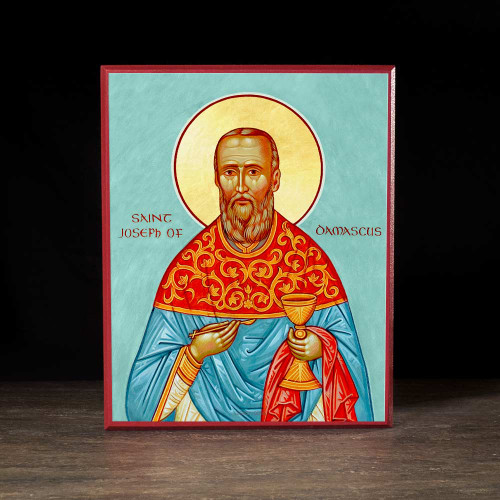 Saint Joseph lived in Syria in the 19th century. He was a priest who worked as a translator and editor of the Church Fathers' writings, desiring to bring their teachings to the faithful. In 1860, a wave of anti-Christian Druze riots swept through Damascus, destroying part of the city and killing more than 3000 Orthodox and Melkite Catholics. Saint Joseph carried out his priestly work to the end, taking the Eucharist to survivors even as the riots were happening. When he was finally confronted by the rioters, he consumed the remaining Eucharist and was savagely attacked with axes, gaining the crown of martyrdom. Saint Joseph's feast day is July 10.