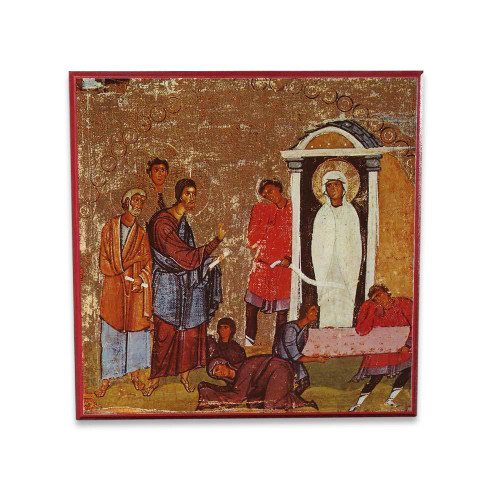 In this 12th century icon from the Sinai region, we see Christ extending his hand to his beloved friend Lazarus, who comes out of his tomb after being dead for four days.

This miraculous event happened just before Palm Sunday. By this action, Christ displayed his power over death and pointed to his own Death and Resurrection, which would happen a week later.