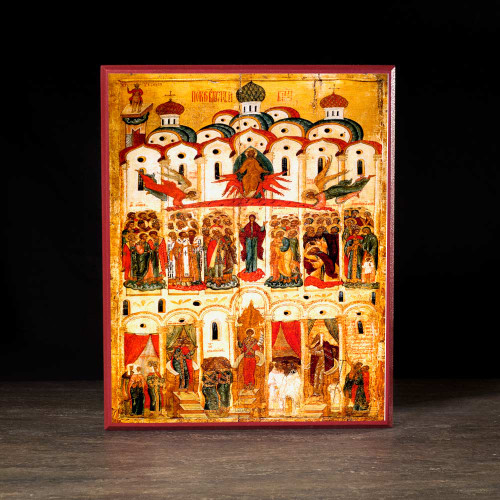 The feast of the Protection celebrates the appearance of the Mother of God at Blachernae in the 10th century, when she appeared and spread her veil over the church, saving the city from invasion. The name of the feast in Greek (Skepi) and Russian (Pokrov) has a dual meaning, of both "veil" and "protection". The feast is celebrated on October 1, but after miraculous events in the 20th century Greco-Italian War, the Greek Church transferred the feast to October 28.