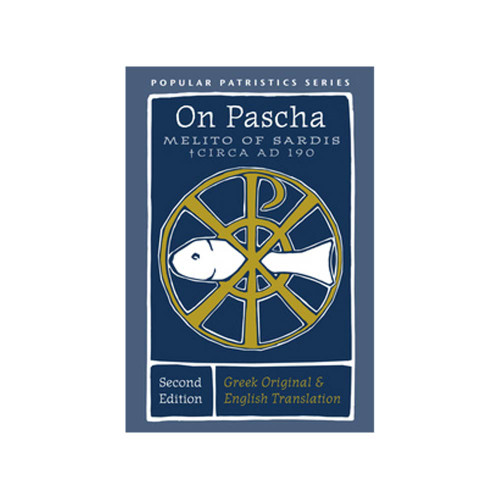 The Quartodecimans were early Christians who maintained the tradition derived from Judaism, and observed Pascha at the same time that the Jews observed Passover. In this work, Alistair Stewart, the leading authority on Melito and the Quartodecimans, presents a unique collection of material in a formal ideal for classroom use as well as for the general reader.

At the head of this newly revised collection stand the original Greek text and an updated translation of On Pascha by Melito of Sardis, a liturgical work deriving from Quartodeciman circles in Asia. Alongside this is an extensive introduction and annotation pointing out not only the parallels to Jewish practice, but also offering an analysis of the work in terms of classical rhetoric. Further, in this edition the translator has included an expanded selection of Melito’s fragments, testimonia to Melito, and other material vital for understanding the Quartodeciman liturgies from Rome, Syria, and Asia.

Alistair Stewart is a leading scholar of Christian liturgical origins.  The author of numerous books on early Christianity and its liturgy, he is a vicar in the Diocese of Oxford, England.

Preface to the Second Edition

Responding to the request of St Vladimir’s Seminary Press for a second edition of this work incorporating the Greek text of Peri Pascha has been both painful and pleasurable. It has been pleasurable to immerse myself once more in Melito’s work, though painful to discover how dated some aspects of my discussion of Melito in my 1998 work now appear (although published in 1998 the earlier parts are the product of the late 1980s). However, I continue to hold that the overall argument is sound, and have taken the opportunity to issue a brief defense of the major conclusions of the work.

Beyond adding the Greek text and partially revising the introduction, I have taken the opportunity to improve the appendix by expanding the number of fragments included and to update the testimonia to Quartodeciman practice in the light of more recent research. The translation of On Pascha, however, is virtually unaltered.

Particular thanks are due in this second edition to Stuart Hall for his consent to my use of his Greek text, and to Darrell Hannah for sharing his translations of the Epistula Apostolorum. There is no new dedicatee; the infant daughter of 2000 is now a reader of this work, and of much else besides, most of which is beyond her father’s comprehension. “Peace to the writer, and to the reader, and to those who love the Lord in simplicity of heart” (colophon, Bodmer codex of On Pascha).