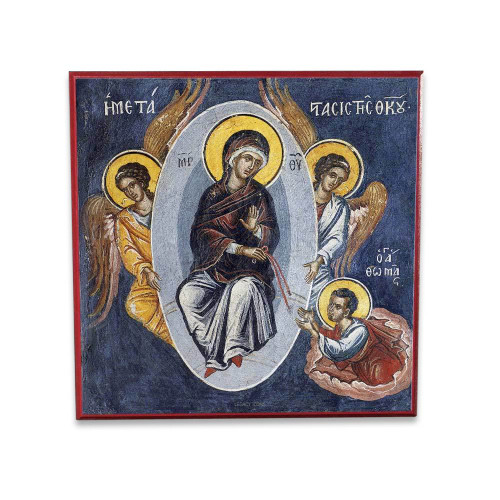 According to Church tradition, after the bodily death of Mary the Theotokos, she was buried by the Apostles. But Thomas was delayed, and he desired to look upon her face one last time. When the tomb was opened, her body was gone (for Christ had already granted her the bodily resurrection which awaits us all at the Second Coming). At this moment, the Theotokos appeared and gave Thomas her own belt (also called the cincture or sash) as consolation.

The belt was kept at Jerusalem until it was taken to Constantinople in the 5th century. In the 14th century, it was given to Vatopedi Monastery on Mount Athos by the emperor, and it remains there to this day. The feast of the Belt of the Theotokos is celebrated on August 31, the last day of the liturgical year in the Orthodox Church.