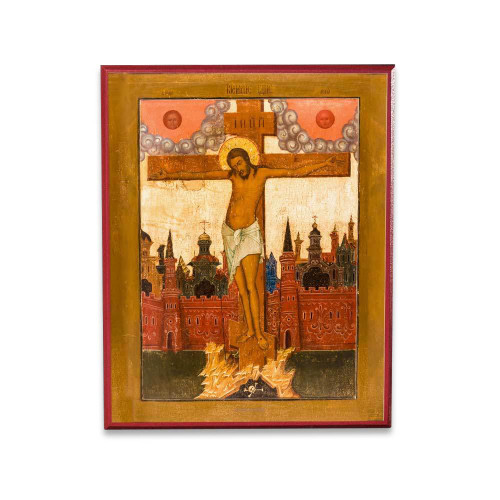 This 18th century Russian icon depicts the Lord alone on the Cross, outside the city of Jerusalem, as the Gospel describes.

As in all Orthodox icons, He is not shown as gruesome, bloody or defeated. Rather, He is serene, and even victorious in His stance. In this we see that icons are not just literal depictions; they reveal spiritual realities. In the light of the Resurrection, we see Christ's death as His victory over death for all of us.