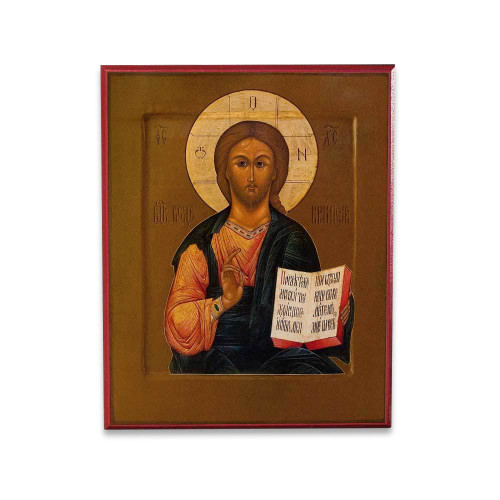 Pantocrator, "almighty," is one of the many names of God used in the Bible. It refers to Christ as Sabaoth, "Lord of Hosts," the ruler of all, and the sustainer of the universe. This image of Christ is the most widely-used subject in all of Orthodox Christianity, appearing on the domes and iconostases of churches, as well as on panel icons in homes and chapels everywhere.

This icon is a beautiful and pristine example of pre-revolutionary Russian iconography. It was painted in Moscow in the late 19th century, and smuggled out of Russia after the revolution.