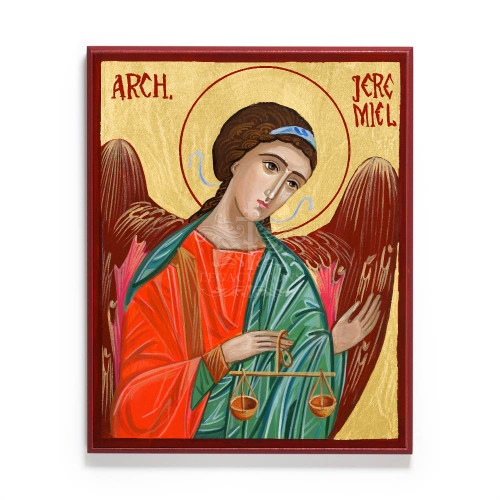 Jeremiel (sometimes called Ramiel) in the Hebrew language means God's Exaltation. One of the eight traditional archangels, he is depicted holding scales of justice, which relates to his traditional role as the angelic overseer of Hades, or the place of the dead ("Bosom of Abraham"). Before the Resurrection of Christ, he was considered the comforter of the departed souls of the righteous, and in Christianity, the guide of faithful souls to heaven. He is also depicted as one who inspires the faithful with Godly thoughts.

This icon is part of a set of eight Archangel icons. Click here for the rest.