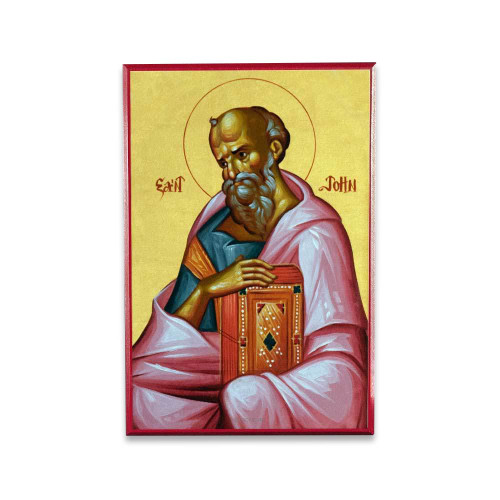 The Apostle and Evangelist John was especially loved by Christ for his love and purity, and with Peter and James, was one of the closest Apostles to Him. He witnessed the Transfiguration and was the only Apostle to follow Christ to the very Cross, where the Lord entrusted His mother to his care. True to his word, John cared for the Virgin Mary for the rest of her life.

He preached throughout Asia Minor and especially in Ephesus. In the year 96 he was arrested and taken to Rome, where he was cast into a vat of hot oil. Coming out unharmed, he was instead exiled on the island of Patmos, where he wrote his Book of Relevation. Later he wrote his Gospel and three Epistles. He reposed in peace about the year 100. He was the only Apostle not to be martyred.