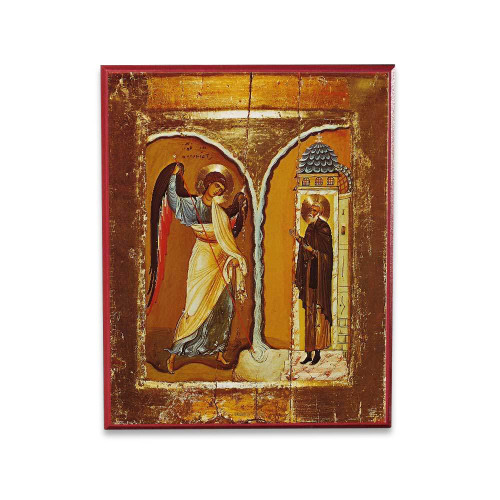 The Archangel Michael delivered a church from destruction and brought forth a holy spring. A band of pagans tried to destroy the church by diverting two rivers towards it, but the Archangel appeared and caused a great earthquake. The earth split open and the rivers flowed into the ground, and Saint Archippus offered a prayer of thanksgiving. After this, the place was renamed Chonae, which means "funnels." The event is commemorated on September 6.