The real reason for the season…

For the last few years, we have seen for sale figurines and artwork depicting Santa Claus kneeling to the Christ Child. Evidently, these are a popular item.

But it strikes us as odd.

Recently, Legacy Icons sent a newsletter with a photo of one such figurine, contrasted with an icon of St. Nicholas of Myra, with the headline: “Ho Ho Ho, or Holy Holy Holy?”

We believe the creators of these figures and artwork have good intentions. If we are understanding it right, the message is: the Christmas season is about the birth of the Savior, and rather than gifts, the season is about worshiping Christ. 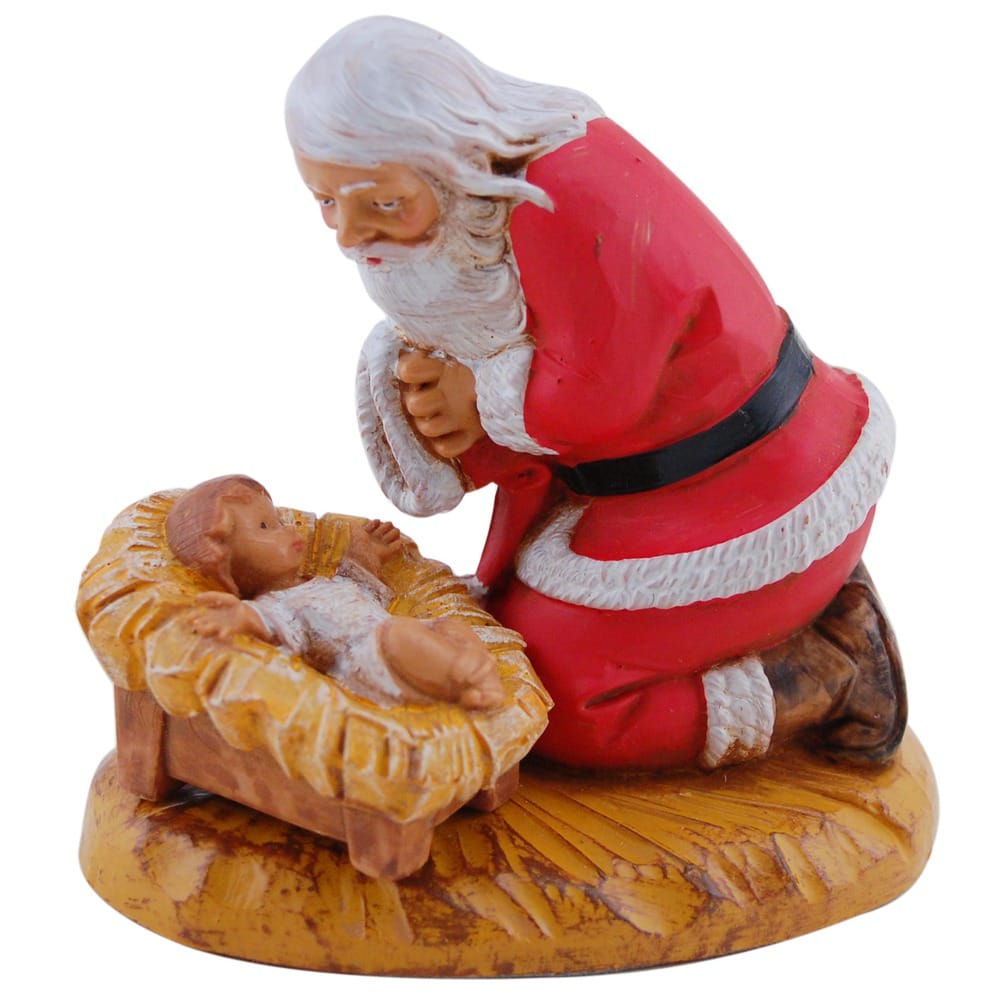 Indeed, more and more the commercialization of our Lord’s story has been changed into a free-for-all for big screen TV’s and Instant Pots.

This rushing and pursuit of gifts has honestly bothered me for decades. And it is not lost on me that I now run a business that does a significant volume of sales during the holidays. I reflect on this often as Legacy Icons determines our marketing strategies and products we offer. 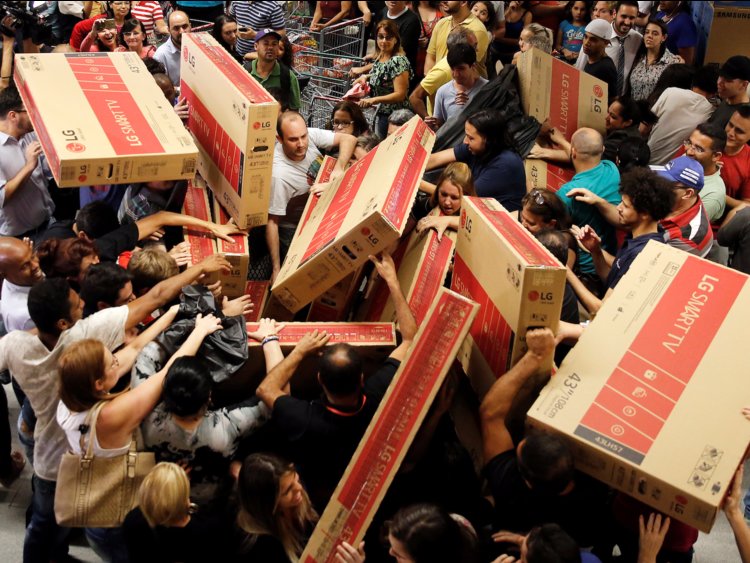 At Legacy Icons, we do have an underlying mission. That is to offer products to strengthen and encourage faith in Christ as our Lord, God, and Savior, and to educate about the historic Christian Faith proclaimed by the Church.

By looking back, we can see the wisdom given to the Church Fathers in recognizing the dangers of even small changes in our beliefs. Today there are over 40,000 Christian denominations and non-denominations, each of them with differing theologies, all identifying as Christian.

The faith we hold and proclaim at Legacy Icons is preserved in our historic Liturgy, our Hymns, and of course iconography. 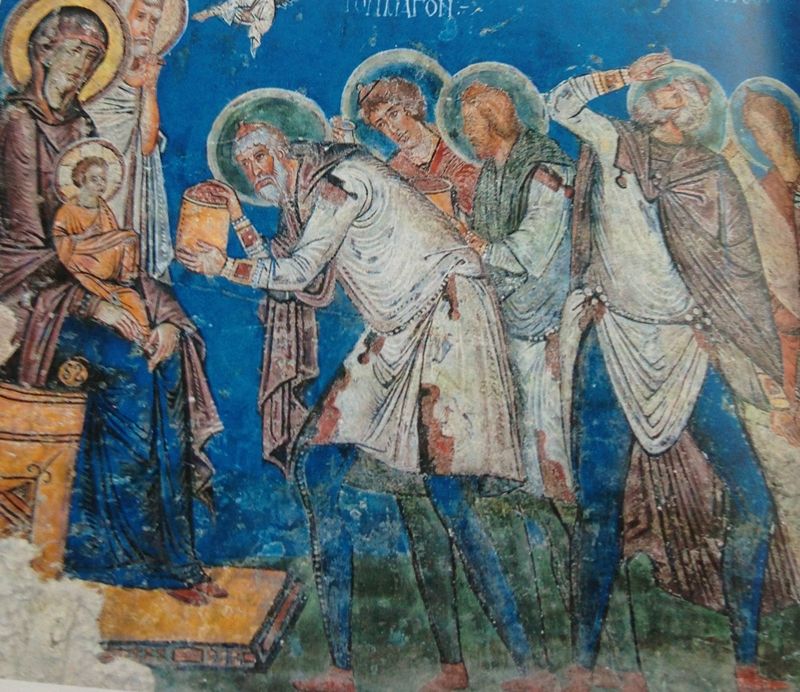 Before starting Legacy Icons, my career was as a photojournalist and portrait photographer. I learned the deep treasure of getting to a witness of an event to find truth. This was amplified when I was the spokesman for America's  last World War I veteran for the last years of his life. What a treasure it has been to spend time with such people and hear their accounts of the history they lived.

But if you can’t get to a direct eyewitness, there needs to be an effort to gather facts to make an assessment of truth. A baseline. In Orthodox Christianity, our icons are a part of that body of evidence. Before widespread literacy, generations of Christians have entered into this story through the icons. As Fr. Daniel Daly taught me as a catechumen: “We can tell it is truth because the icon matches the Bible, and the hymns, and the writings of the Fathers.”

Each aspect of the Church's life and witness strengthens and backs up every other aspect—because it is true.

So, back to Santa.

When I saw Santa in these images the first thing I thought was: They took our Mary, the Mother of God. To someone who does not know the story of Christianity, indeed, this may well become the visual seared into their minds, amplifying confusion about the “real reason for the season.”

My second thought quickly followed with a quote from the movie Elf: saying to Santa, “You sit on a throne of lies!” (This of course is humor.) 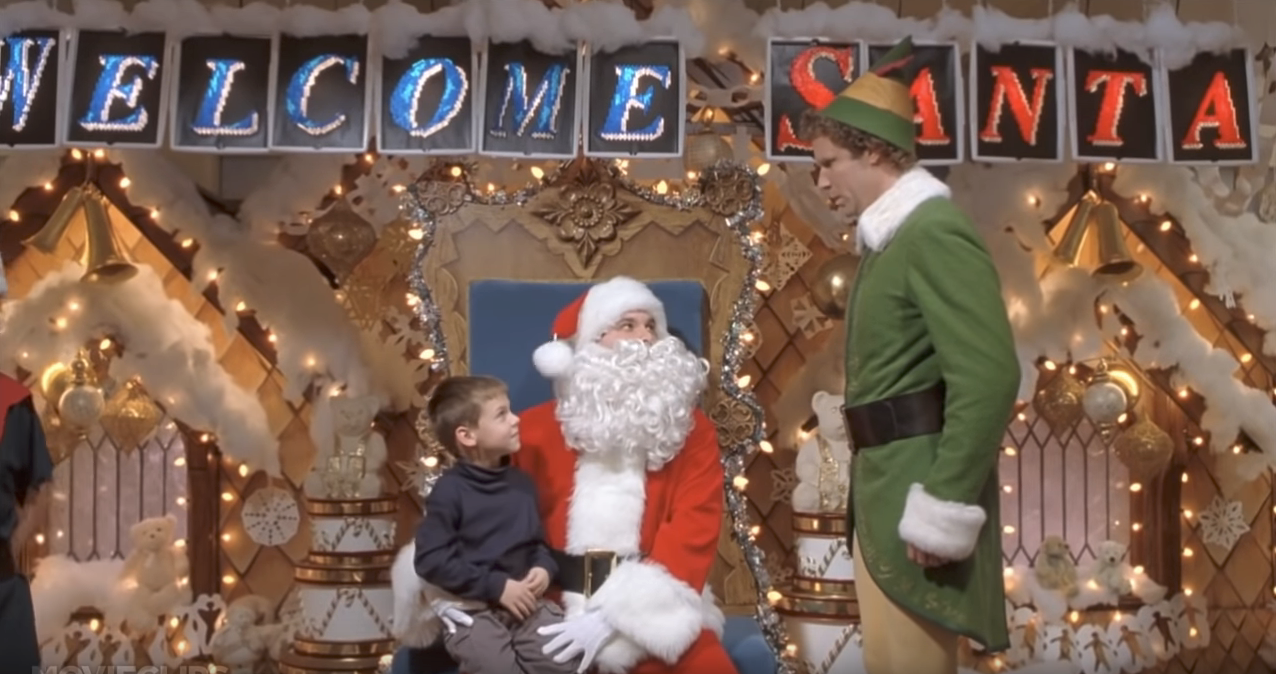 What is wrong with this cute image of Santa kneeling at the manger? Only this: it changes, parodies the very image of the Incarnation, which is at the very core of our Christian faith.

(Imagine showing the Easter Bunny standing downcast at the foot of the Cross, or All Saints gathered around a Jack-o-Lantern. Sadly, I wouldn't be surprised if that has been done.)

Where in this image is the Lord's Mother, who said "may it be" on behalf of the entire world's salvation, within whom the Divine and Human were mysteriously joined? Where are the ox and ass, which represent the Jews and the Nations? Where is the Cave, which points to the Tomb? Where are the Angels, with their faces filled with wonder to see God in human form?

For us, changing the core scene of our faith, for whatever reason—even with good intentions, is dangerous.

What do you think?