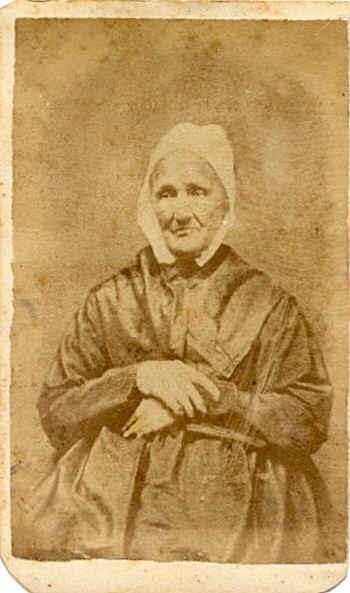 When I was a little boy back in the 60s I was fascinated by photos of my ancestors taken a century before. I often wondered why they looked so different from modern people. When I inquired about it, I was told that was just the way styles change, or that it was colder in those days and they needed to wear more clothing.

When I came to know Christ in my 20s, I pondered the question anew. I understood that my ancestors were devout Christians, but I viewed them as repressed by Puritan standards which were now providentially giving way to true "freedom" in Christ. No longer did women have to wear cumbersome dresses and cover their heads. Our generation understood at last that it is what is inside a person that really matters!

However, my views began to change as I came in contact with some Amish Mennonites in 1990. I thought their manner of dress was merely their tradition, but they pointed out to me that they were based on the ideals of Christian modesty and simplicity as taught by the early Church Fathers. Not only is modesty an inward virtue, but one that expresses itself in our outward appearance as well.As a result, we began to adopt a similar manner of dress, and spent some 15 years sojourning among the Amish. Mennonites, Brethren, and Quakers.

Now I think I understand what happened. Our ancestors lived in a Christian society where Christian values were integrated into every facet of life. But over the past 150 years those values have been eroded away by wave after wave of anti-Christian propaganda so that now we find ourselves living in a post-Christian world. The Christianity that remains has been heavily influenced by the popular culture, so that today only the monastics and a few fringe sects cling to the values that were once dominant in our society. And the barrage continues as the forces of godless secular humanism seeks to eradicate every last vestige of Christianity in our society.

So what to do? Perhaps the words of Christ from the Revelation provide insight: "Remember, therefore, from whence thou art fallen, and repent." And, "Strengthen those things that remain which are ready to die." May we not rest until we have recovered everything that has been lost.