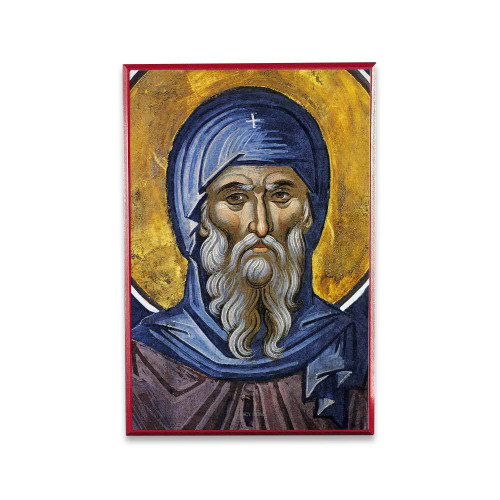 Born to wealthy and devout Christian parents in Egypt, Anthony was always sensitive to the duties of faith. When his parents died, Anthony distributed his inheritance to the poor and went to live a life in solitude that set an example for centuries to come. Anthony is known as the Father of Monasticism, especially in the East.

Throughout his life, as Anthony removed himself from the pleasures and demands of the world, he was tempted and tormented by the devil. But Anthony kept himself strong through prayer and faith. Many were inspired by Anthony, and a community of disciples was built up around him, as in a monastery. St. Anthony died in 350, at the age of 105. He is commemorated on January 17.